SEATTLE, WA, February 21, 2018 – Starting March 1, 2018, the University of Washington Press will join the UW Libraries and report to the vice provost of digital initiatives and dean of University Libraries, Lizabeth (Betsy) Wilson. 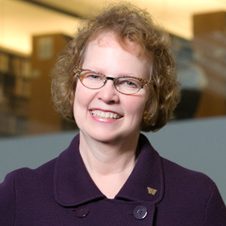 The Press and the Libraries currently collaborate on a number of joint initiatives including exploration of digital publishing platforms, open access publishing, open educational resources development, and support for digital scholarship. The Press has also published a number of books in association with the Libraries including Rural China on the Eve of Revolution; Mary Randlett Portraits; Roots and Reflections: South Asians in the Pacific Northwest; and Shadows of a Fleeting World: Pictorial Photography of the Seattle Camera Club.

“The Press and the Libraries share a complementary mission and vision for the creation, dissemination, and preservation of knowledge,” said Wilson. “I am excited to welcome the Press to the Libraries.”

Nicole Mitchell, UW Press director, is equally enthusiastic about this new partnership. “My colleagues and I look forward to working more closely with the Libraries as we explore ways to support and make discoverable new forms of scholarship. We’re excited about the opportunities to learn from each other and share our expertise.”

The Press has for many years reported to the vice provost and dean of the UW Graduate School, and In recent years has expanded its publishing program, garnered many prestigious awards, and received major funding, including most recently significant grants from the Andrew W. Mellon Foundation: one to establish the Mellon University Press Diversity Fellowship program and another to create, with UBC Press, a new model for multi-path digital works in Indigenous studies in collaboration with local communities.

“The future of scholarly communication creates a need to explore new models of publishing and authorship,” said Gerald (Jerry) Baldasty, provost and executive vice president of the UW. “A strengthened partnership between one of the nation’s leading research libraries and one of the oldest and most esteemed presses in the United States will engender an even deeper sharing of expertise and increased innovation.”

About the University of Washington Press
Established in 1920, the University of Washington Press supports the university’s research, education, and outreach missions by publishing important new work for an international community of scholars, students, and intellectually curious readers. As one of the largest book publishers in the Pacific Northwest, the Press is known for both its groundbreaking scholarly lists and broad range of regional books for general readers.

About the University of Washington Libraries
The University of Washington Libraries is a network of 16 academic research libraries serving three campuses: Seattle, UW Bothell, and UW Tacoma, and is home to the largest library collection in the Pacific Northwest with over 9 million books, journals, and digital resources. The Libraries’ mission is to advance intellectual discovery and enrich the quality of life by connecting people with knowledge.

Search committees will begin reviewing applications after March 15, 2018. Selected fellows will be notified by April 14, 2018, to begin the year-long fellowship on June 1, 2018. 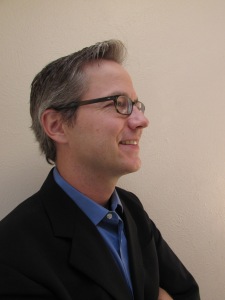 SEATTLE, WA, February 15, 2018—The University of Washington Press has named Andrew Berzanskis as senior acquisitions editor, effective March 1, 2018. Berzanskis has served as editor-at-large with the Press since August 15, 2017, and will continue working from Colorado and acquiring regional trade and social justice titles in his new role.

“We are very excited that Andrew is joining the Press,” says editor in chief Larin McLaughlin. “We’re so impressed by his extensive publishing experience in a wide range of fields, and are thrilled that he’ll be growing our lists in key areas.”

Berzanskis started his acquisitions career at the University of Georgia Press, where he acquired in areas including regional history and American studies and started the Environmental History and the American South series. He moved from there to Lynne Rienner Publishers, where he managed successful lists in sociology, criminal justice, and disability studies. Beginning in 2016, he served as editor-at-large at West Virginia University Press and acquired in environmental, literary, and regional studies.

“I look forward to joining such a talented and dedicated team,” Berzanskis says. “UW Press is a leader in books that drive the conversation about the environment, social justice, and challenges facing the region. We need smart, passionate, deeply informed books now more than ever.”

About the University of Washington Press
Established in 1920, the University of Washington Press supports the university’s research, education, and outreach missions by publishing important new work for an international community of scholars, students, and intellectually curious readers. As one of the largest book publishers in the Pacific Northwest, the Press is known for both its groundbreaking scholarly lists and broad range of regional books for general readers.

The 2018 Patrick D. Hanan Book Prize for Translation (China and Inner Asia) will be awarded to Steven Durrant, Wai-yee Li, and David Schaberg as co-translators of Zuo Tradition / Zuozhuan. The 2018 Awards Ceremony will take place at the AAS conference in Washington, DC on Friday, March 23. The biennial prize was first awarded in 2016 – Xiaofei Tian won the inaugural Hanan Prize for Translation for The World of a Tiny Insect by Zhang Daye – so UW Press authors have won all prize rounds to date. Congratulations to the translators, series editors, UW Press executive editor Lorri Hagman, and all involved!

Please join us in welcoming a couple of new hires to the Press. Michael O. Campbell, most recently US sales manager at Lone Pine Publishing, is our new sales and marketing director. Neal Swain has joined us as contracts and intellectual property manager. She comes to us from Wales Literary Agency, where she will continue as assistant agent.

The Fairbanks Daily News-Miner selects The Tao of Raven by Ernestine Hayes as one of their best Alaska books of 2017: “The Tao of Raven is likely the most thoughtful book you’ll read all year, memoir or otherwise.”—Addley Fannin

Northwest Asian Weekly features The Hope of Another Spring by Barbara Johns: “Her work puts us in Fujii’s time and place, a gift to those who lived through that time, and to those who have only a sketchy idea of the reality of the Issei experience as told through Fujii’s words and art.”—Laura Rehrmann

The Washington Post / Made By History publishes an op-ed by Emilie Raymond on the history of celebrity civil rights activism. Stars for Freedom, out in paperback this spring, gets a byline mention.

Reading Religion reviews The Jewish Bible by David Stern: “This is a fascinating, engaging, and instructive volume. The breadth of topics and traditions covered is vast, and Stern’s knowledge of and research on these issues is remarkable. Beyond the content, the volume is beautifully illustrated, with over 80 color images illuminating the various topics. A study on the materiality of the Jewish scriptures needed to be written, and we can all be thankful that it was Stern who took up the task.”—Bradford A. Anderson

3rd Act Magazine reviews Walking Washington’s History by Judy Bentley (Winter 2018): “Even if you don’t leave your comfy chair, you’ll learn much more about Washington in this interesting book.”—Julie Fanselow

The Conversation features an article by Amy Bhatt, author of the forthcoming High-Tech Housewives, and UMBC colleague Dillon Mahmoudi about the likely effects of Amazon’s HQ2 on local diversity, equity, and quality of life.

Ancient Ink: The Archaeology of Tattooing
Edited by Lars Krutak and Aaron Deter-Wolf

The Art of Resistance: Painting by Candlelight in Mao’s China
By Shelley Drake Hawks

Drawing on interviews with the artists and their families, this art history surveys the lives of seven fiercely independent painters during China’s Cultural Revolution (1966-1976), a time when they were considered counterrevolutionary and were forbidden to paint.

Slapping the Table in Amazement: A Ming Dynasty Story Collection

Many Faces of Mulian: The Precious Scrolls of Late Imperial China
By Rostislav Berezkin

The story of Mulian rescuing his mother’s soul from hell has evolved as a narrative over several centuries in China, especially in the baojuan (precious scrolls) genre. This exploration of the story’s evolution illuminates changes in the literary and religious characteristics of the genre.

This pioneering study of early Chinese court culture shows that a large, but not necessarily cohesive, body of courtiers drove the consolidation, distribution, and representation of power in court institutions.

Down with Traitors: Justice and Nationalism in Wartime China
By Yun Xia

Built on previously unexamined documents, this history reveals how the hanjian (“traitors to the Han Chinese”) were punished in both legal and extralegal ways and how the anti-hanjian campaigns captured the national crisis, political struggle, roaring nationalism, and social tension of China’s eventful decades from the 1930s through the 1950s.

The definitive account of Norwegian painter, novelist, and social critic Christian Krohg (1825-1925) and his art.  Sjastad examines the theories of Krohg and his fellow naturalists and their reception in Scandinavian intellectual circles, viewing Krohg from an international perspective and demonstrating how Krohg’s art made a striking contribution to European naturalism.

Sacred to the Touch: Nordic and Baltic Religious Wood Carving
By Thomas A. DuBois

This beautifully illustrated study of six twentieth- and twenty-first-century artists reveals the interplay of tradition with personal and communal identity that characterize modern religious carving in Northern Europe.

Gender before Birth: Sex Selection in a Transnational Context
By Rajani Bhatia

Based on extensive fieldwork, this book looks at how sex selective assisted reproduction technologies in the West and non-West are divergently named and framed. Bhatia’s resulting analysis extends both feminist theory on reproduction and feminist science and technology studies.

Seattle on the Spot: The Photographs of Al Smith
By Quin’Nita Cobbins, Paul de Barros, Howard Giske, Jacqueline E. A. Lawson, and Al “Butch” Smith, Jr.
Distributed for The Museum of History & Industry (MOHAI)
Exhibition on view through June 17, 2018

Al Smith’s photography chronicled the jazz clubs, family gatherings, neighborhood events, and individuals who made up Seattle’s African American community in the mid-twentieth century. This companion book to the exhibition at MOHAI features highlights from Smith’s legacy along with reflections from historians, scholars, friends, and family members.

February 24 at 3:30 p.m., Eileen A. Bjorkman, The Propeller under the Bed, Northwest Aviation Conference, Puyallup, WA

February 25 at 1:30 p.m., Eileen A. Bjorkman, The Propeller under the Bed, Northwest Aviation Conference, Puyallup, WA