We are delighted to present the catalog to accompany the exhibition, Conflicts of Interest: Art and War in Modern Japan, presented at the Saint Louis Art Museum from October 16, 2016 – January 8, 2017.

Conflicts of Interest showcases extraordinary visual material documenting Japan’s rise as a military power in East Asia, starting with the Meiji Restoration in 1868, then depicting events of the Sino-Japanese War (1894-1895) and the Russo-Japanese War (1904-1905), two wars between Japan and its imperial neighbors China and Russia, and then culminating with Pearl Harbor. 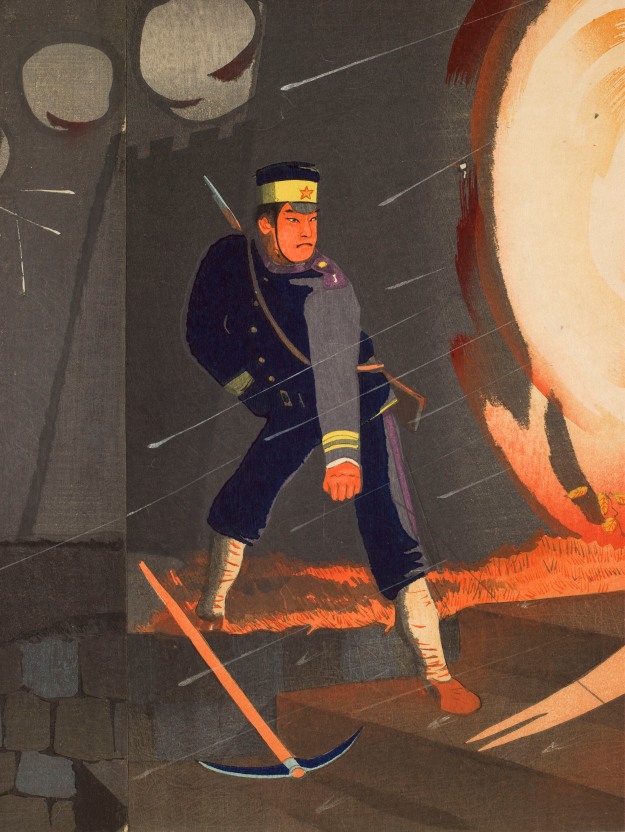 In presenting highlights of this collection to the public, the Museum endeavors to foster understanding of the extraordinary art and visual culture of wartime Japan and the complex causes and repercussions of these conflicts, as well as reflect on the ways in which the images communicate, sometimes with devastating consequences, narratives and ideals of nation, empire, and ethnic identity.—From the foreword by Brent R. Benjamin, The Barbara B. Taylor Director, Saint Louis Art Museum

Read an article by Amanda Dahl of Ladue News featuring an interview with Philip Hu about the exhibit:

A lot of this material has never been seen by the general public. Some items are rare to have survived. [The collection shows] to what degree the Japanese were able to aestheticize the idea of conflict and battle—of war. Normally when we think of these situations, we think deep and dark. This will be quite unexpected. Woodblock and painting techniques show bright colors in [surprising] ways.

HEC-TV Scope also features the exhibit in a recent segment:

SLAM Underground // Friday, October 28 from 7–10 p.m. // Activities, cocktails, and art making inspired by Conflicts of Interest and Impressions of War. Admission is free.

See the full list of events, workshops, and other activities, and explore additional information and materials about the exhibition via Saint Louis Art Museum, including the video trailer by Nine Network: