Inspired by Judy Bentley’s Walking Washington’s History: Ten Cities, our staff is going on a series of history walks of featured Washington State cities. In this guest post, catalog and metadata manager Kathleen Pike Jones explores her hometown of Tacoma.

Learn more about Washington’s urban history and celebrate the publication of Walking Washington’s History at these author events:

After reading the Seattle Times article “$99 Road Trip to Zoo, Fort, Beaches, and Forest of Tacoma’s Point Defiance,” I decided to do a little Tacoma sightseeing as well. (Full disclosure: I grew up in Seattle, but moved to the suburbs of Tacoma a number of years ago.)

Point Defiance should definitely be compared to Shangri-La. It’s beautiful. Where else can you go from the zoo to the beach in less than five minutes? I suggest that you go to the Antique Sandwich Co. first and take your food down to Owen Beach. There are plenty of picnic tables at the beach, and the views of the water and Mount Rainier are spectacular. And it’s always a few degrees cooler by the water. . .

Since I go to Point Defiance on a regular basis, I decided to increase my knowledge of Tacoma by taking the Pioneer Walk: Old Town featured in Judy Bentley’s Walking Washington’s History: Ten Cities. (Bentley features a much longer walk through downtown Tacoma as well.)

Beginning at the Old Town dock, Bentley’s short walk (one mile round trip) is a great place to start learning more about the history of Tacoma, and Old Town is an easy stopping point on the way to or from Point Defiance.

Here are some highlights of the walk: 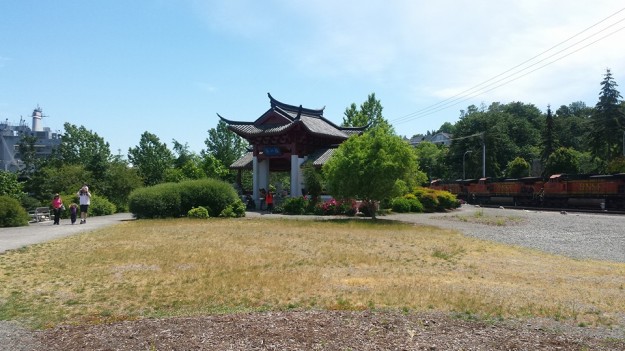 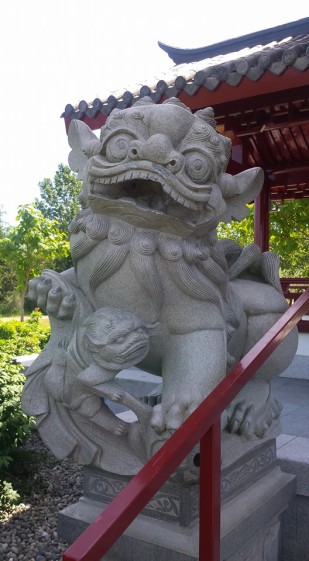 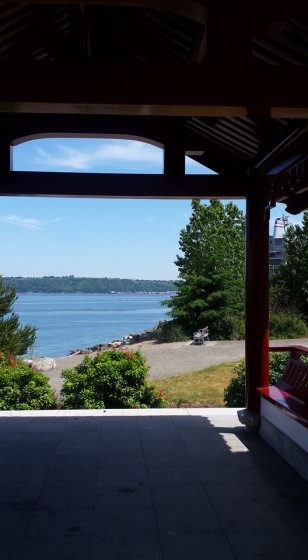 I’d driven by the Chinese Reconciliation Park many times and always promised myself I would stop, but never actually had. I’m so glad I finally did. The park serves as an “act of reconciliation and inclusivity toward appreciation of the people of diverse legacies and interests,” says the Chinese Reconciliation Project Foundation (CRPF). It’s a reminder of the Chinese workers who were forced out of Tacoma by municipal leaders in the late 19th century. The beautiful pavilion is a gift from Fuzhou, Tacoma’s sister city in China.

The “birthplace of Tacoma” is at 30th and McCarver Streets, straight up the hill from the Old Town dock. Just west of the intersection is Job Carr’s cabin and a small park with his canoe and some interpretive plaques. (The park features a play structure and benches for parents.) Job Carr had come west seeking land available to Civil War veterans and thought that this would be the spot for the terminus of the transcontinental railroad. He ended up selling most of his claim to Morton Matthew McCarver when it became clear that the railroad would arrive two miles to the east. 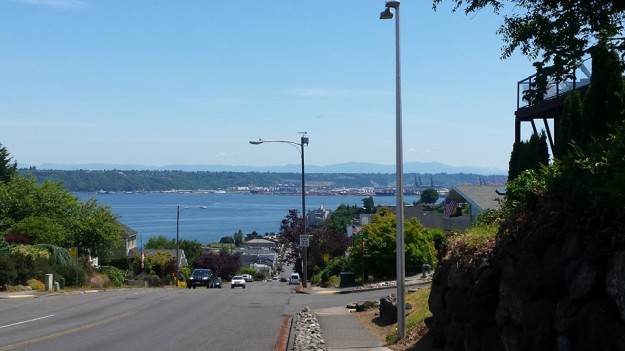 A building boom eventually began on what was known as Job Carr’s Hill (now called the North Slope Historic District). The hill is not part of the walk, but I prefer to drive home from Point Defiance on 30th specifically because of the spectacular view from the top of this hill. Even my jaded thirteen-year-old son will stop whatever game he’s playing when we reach the top of the hill and say, “We’re lucky to live in such a beautiful place.”

I look forward to doing more of the walks in Walking Washington’s History this summer.