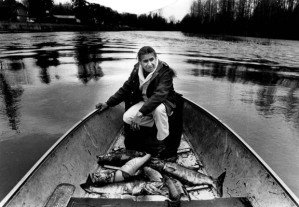 We were saddened to learn that Billy Frank Jr. passed away on May 5th. Frank, a member of the Nisqually tribe, was a tireless advocate for Native fishing rights in the Northwest. President Obama issued a statement about Frank. The Seattle Times and The New York Times, as well as many other publications, ran obituaries and remembrances. We’d like to contribute our own tribute to Billy Frank Jr. with this quote that we think shows some of the passion that fueled his lifelong commitment to achieving Native American and environmental justice:

I don’t believe in magic. I believe in the sun and the stars, the water, the tides, the floods, the owls, the hawks flying, the river running, the wind talking. They’re measurements. They tell us how healthy things are. How healthy we are. Because we and they are the same. That’s what I believe in.  –From Messages from Frank’s Landing: A Story of Salmon, Treaties, and the Indian Way 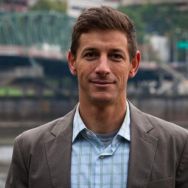 Joshua Howe, author of Behind the Curve, is interviewed about his book and climate change in general at Sustainable Business Oregon. Howe sheds light on why, despite a growing body of scientific evidence, governments have been glacially slow in setting policies to avoid and adapt to climate change. Read the full interview here.

Howe also contributed an op-ed to The Oregonian in which he makes the argument that participatory democracy is a key component to combating climate change. Read the full op-ed here.

The All-Knowing Buddha: A Secret Guide focuses on this extremely rare group of richly-detailed album leaves which illustrate the visualization practice of Sarvavid Vairocana, the All-Knowing Buddha. This beautifully illustrated step-by-step visual guide provides a unique glimpse into Tibetan Buddhist meditation and ritual, normally instruction restricted to oral transmission by a teacher to his initiated disciple.

By studying the early splits within Korean nationalism, Michael Robinson shows that the issues faced by Korean nationalists during the Japanese colonial period were complex and enduring. In doing so, Robinson, provides a new context with which to analyze the difficult issues of political identity and national unity that remain central to contemporary Korean politics.

Join Kendall Brown, curator and editor of Deco Japan: Shaping Art and Culture 1920–1945, for a full-day symposium Saturday, May 17th at the Seattle Art Museum. The accompanying exhibit runs through October 19. Details about the exhibit can be found here.

Join Joshua Howe, author of Behind the Curve: Science and the Politics of Global Warming, for a talk at Town Hall Seattle titled “The Global Warming Rut.” Monday, May 19th at 7:30 pm.

Joshua Howe will also be at Village Books in Bellingham on Tuesday, May 20th at 7:00 pm as a guest for the North Cascades Institute’s “Nature of Writing Series.”