In honor of African American History Month, we feature a guest post from authors Lorraine McConaghy and Judy Bentley about the story behind their book, Free Boy: A True Story of Slave and Master. The book’s narrative centers on the biography of young slave, Charles Mitchell, who was brought to Washington Territory in the 1850s and whose personal narrative highlights issues of race, slavery, and treason. The long-forgotten story of Charles Mitchell is part of a larger picture of a largely unseen African American history in the Pacific Northwest, but Free Boy—as well as other books in our V. Ethel Willis White series—are part of a growing effort to recognize this important aspect of our region’s history.

Mention the Underground Railroad to a middle school audience and they think of codes embedded in quilts, hidden rooms, and bloodhound chases through swamps. The geography is all East Coast, with strong activity in Indiana and Ohio, too. The drama of this railroad has drawn readers of all ages and crowned Harriet Tubman its heroine.

But the bravery of an unknown boy and an unknown underground attracted us to the story of Charles Mitchell, which we told in Free Boy. This fugitive slave narrative evolved from a one-paragraph newspaper story, which Lorraine discovered when she was researching Civil War history in the West. Charles Mitchell was born a slave on a family plantation in Maryland and was given to the household of James Tilton, Surveyor General of Washington Territory,  when he was only eight. Tilton had promised to educate him and free him when he turned eighteen, but in 1860, at the age of thirteen, Mitchell escaped to the Crown Colony of Victoria, aided by free blacks who had created a tiny Puget Sound Underground Railroad. His flight was reported not because of his courageous break for freedom but because Mitchell’s action embittered Tilton and radicalized his racial views.

The disparity of power between master and slave in their lifetimes continued in the research for this book. We wanted very much to write a joint biography that balanced their stories, but archives and libraries yield much more about Tilton’s biography than about Mitchell’s. Mitchell is little more than a footnote to Tilton’s busy, well-documented life of family, war, work, and politics. Mitchell was famous for two weeks in September and October of 1860 and completely obscure before and after that time. There are photographs of Tilton but none of Mitchell, so we commissioned the artist R. Gregory Christie to portray Mitchell at the age of thirteen. To flesh out the story, we ventured into some unfamiliar sources—an estate document that lists the first names of the slaves in the Gibson family at Marengo, the first slave census in Maryland of 1850, newspaper accounts of the trial, and the last sighting of Charles Mitchell in a school in Victoria. The search grew cold at many points. Mitchell is unnamed in the slave census at Marengo Plantation, and we are not certain which twenty-three-year-old black or mulatto “Charles Mitchell” he is in the census of 1870. The rest of his story intrigues us still, but we focused on the moment he chose his destiny. 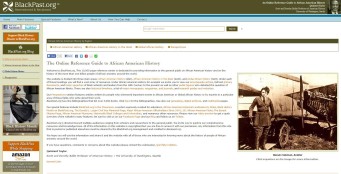 Unsolved mysteries abound in African American history, especially in the Pacific Northwest. In the past decade, however, resources have greatly expanded both nationally and locally. The website BlackPast.org, developed by Dr. Quintard Taylor at the University of Washington, hosts a variety of sources and curriculum materials, including the documents that we used for Free Boy, both as scans and as easy-to-read transcriptions. The feature allows the users to interpret the story of Charles Mitchell from these same sources and place him in the context of the history that led to the Civil War.

Another incentive for research in African American history is the V. Ethel Willis White endowment at the University of Washington Press. V. Ethel Willis White grew up in a large Louisiana family and came to Seattle from Missouri at the age of twenty-seven. She quickly found work for the family of Helen Marie and David Wyman and for the next twenty-eight years she helped raise their five children. They became a part of her life and she of theirs. When she died, Deehan Wyman and Virginia Wyman created an endowment to publish books of African American interest in her honor. Since the first book in the series was published in 2005—a series of interviews with Charles Johnson—seven books have been published in the series, including the story of Charles Mitchell, with which we were able to add to regional history.

Lorraine McConaghy is a public historian at the Museum of History and Industry in Seattle and the author of Warship under Sail (UW Press, 2009).

Judy Bentley teaches at South Seattle Community College and is the author of fourteen books for young adults, including biographies of Harriet Tubman, Thomas Garrett, and William Still. She is also the author of Hiking Washington’s History (UW Press, 2010).

View a selection from the book on Scribd.

Meet the author: Judy Bentley will present curriculum materials based on Free Boy at 1 p.m. on February 17 at the Northwest African American Museum.

1 thought on “Uncovering African American History in the Pacific Northwest”