In her travels through Kyrgyzstan, photographer Margaret Morton became captivated by the haunting grandeur of the region’s remote cemeteries. Architecturally unique, Kyrgyzstan’s dramatically sited cemeteries reveal the syncretic nature of Kyrgyz religious and cultural identities. “Morton’s photographs provide evidence of how culture is a living, evolving concept,” explains Kyrgyz anthropologist Elmira Köchümkulova, who leads University of Central Asia’s Cultural Heritage and Humanities Unit and contributed the introduction to the book. “These photographs are an invaluable record of the coexistence of multiple cultures, including nomadic, Muslim and Soviet, and the construction of complex identities over time.”

Margaret’s stunning photographs of these cemeteries are collected in the new book, Cities of the Dead: The Ancestral Cemeteries of Kyrgyzstan. The Cooper Union’s Arthur A. Houghton Jr. Gallery will host an exhibition of photos from the collection (January 27 through February 28) and a public reception on Tuesday, February 3 at 6:30. She will also sign books at the UW Press (booth 1007) in the College Art Association exhibit hall on February 12 from noon to 1:00 p.m.

Here, Margaret guides us through a visual tour of the remarkable natural and human landscapes that she so deftly captures in her book.

A Kyrgyz ancestral cemetery seen from a distance is astonishing. At first it seems a mirage. The ornate domes and minarets are so completely at odds with the desolate mountain landscape. 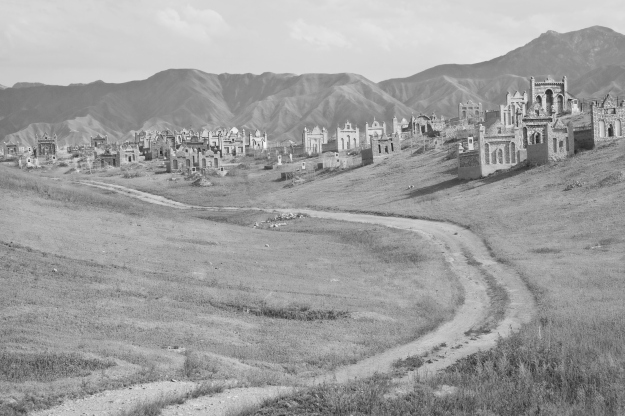 Miniature cities appear unexpectedly on the edges of inaccessible cliffs or stretch along deserted roads. 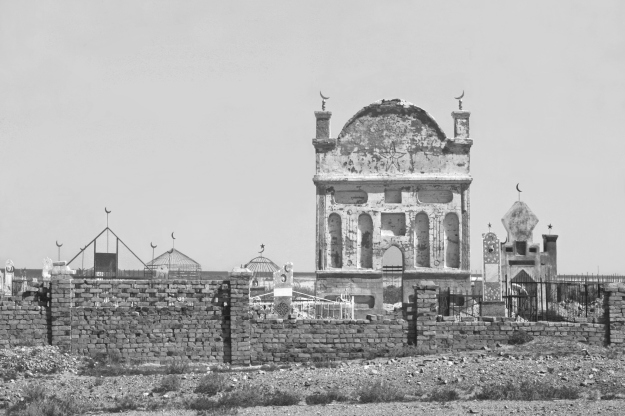 My first trip to Kyrgyzstan was in July 2006, with Manhattan theater director Virlana Tkacz, who had invited me to photograph sites referenced in a Kyrgyz poem that she was developing into a theater piece. As we traveled along deserted road, a magnificent miniature city suddenly came into view. 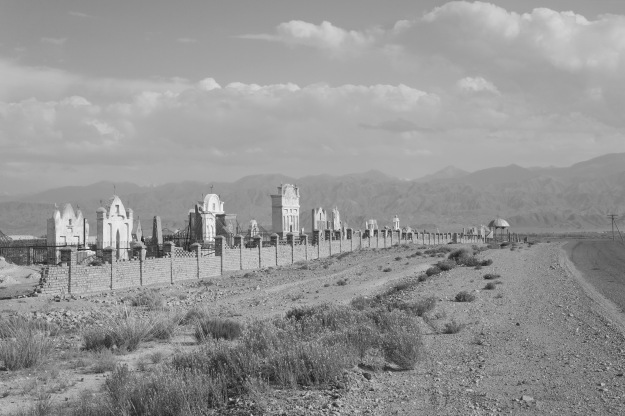 But when we drove passed, the majestic forms compressed and flattened. I was transfixed by the illusion. Determined to photograph additional sites, I postponed my flight and extended my stay from six to ten weeks. I returned to Kyrgyzstan the two following summers to continue the project. 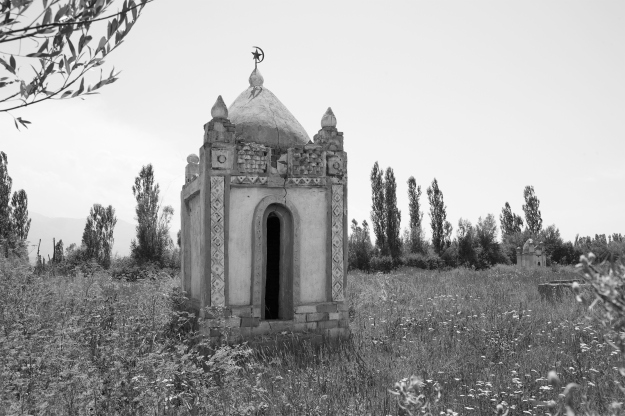 Kyrgyz mark their graves with a variety of structures that reflect the complex nature of the peoples’ religious and cultural traditions. Islamic beliefs are evident in the mosque style. 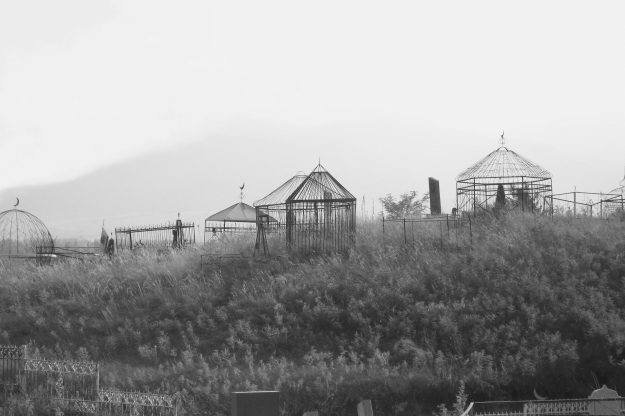 Other monuments reflect Kyrgyz nomadic traditions, such as metal frames that reference the yurt, or boz üy, in Kyrgyz, a portable hut used by Central Asian herders. 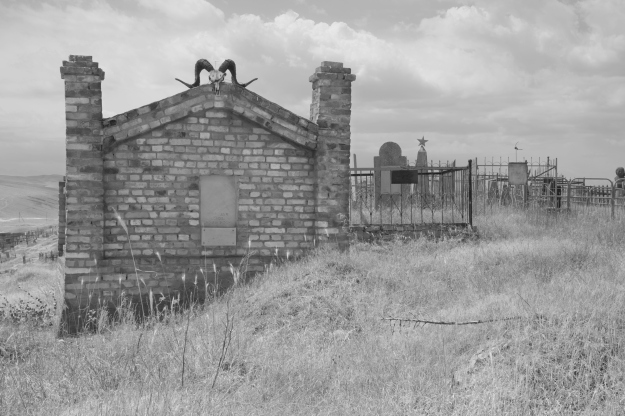 In more remote regions, horns and skulls of mountain sheep and goats combine with Islamic forms. 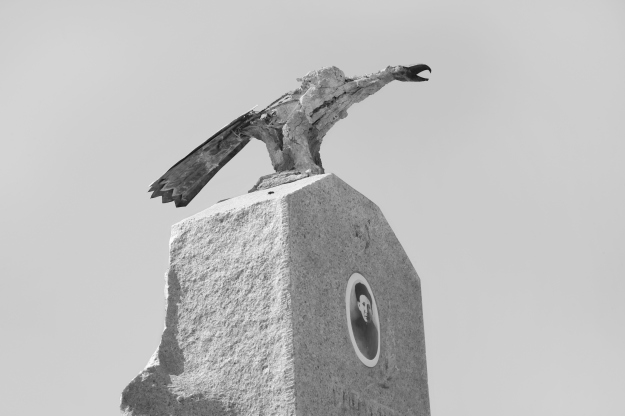 Although Kyrgyz people rarely visit the gravesites, the cemeteries are peopled with portraits of the deceased. These enamel-on-copper images were often attached to monuments during the Soviet period.

Renovating or repairing old or damaged tombs is not a Kyrgyz custom. Most people believe that the monuments should disappear back into the earth with the passage of time.

2 thoughts on “Ancestral Cemeteries of Kyrgyzstan: A Visual Tour”