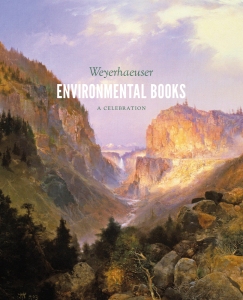 The South China Morning Post has reviewed Joshua Howe’s book Behind the Curve: Science and the Politics of Global Warming. In Howe’s “fastidiously researched” book, “there are no clear heroes and villains…Howe relates a multi-layered conflict that is leading us to a catastrophe of biblical proportions.” Read the review here.

Diana L. Di Stefano, author of Encounters in Avalanche Country: A History of Survival in the Mountain West, 1820-1920, has written a guest opinion article in the Seattle Times. As a historian who studies disasters, Di Stefano is struck by the similarities between the recent mudslide in Snohomish County and earlier catastrophes. Read the article here.

hristopher Wells, author of Car Country: An Environmental History,  recently appeared on Minnesota Public Radio to talk about why we became ‘car country’ USA. Listen to the interview here. And watch for a new paperback edition of Car Country coming out in Fall 2014!

Annette Lu and Ashley Esarey, My Fight for a New Taiwan: One Woman’s Journey from Prison to Power, Town Hall Seattle, April 28 at 7:30 p.m. Presented by Downstairs at Town Hall in partnership with Elliott Bay Book Company and World Affairs Council.

Katie Bunn-Marcuse, In the Spirit of the Ancestors: Contemporary Northwest Coast Art at the Burke Museum, University Book Store, April 30 at 7:00 p.m.

Wei-Cheng Lin traces the confluence of factors that produced this transformation and argues that monastic architecture, more than texts, icons, relics, or pilgrimages, was the key to Mount Wutai’s emergence as a sacred site. Departing from traditional architectural scholarship, Lin’s interdisciplinary approach goes beyond the analysis of forms and structures to show how the built environment can work in tandem with practices and discourses to provide a space for encountering the divine.

Citizen 13660
By Mine Okubo, with new introduction by Christine Hong

Mine Okubo was one of over one hundred thousand people of Japanese descent —nearly two-thirds of whom were American citizens—who were forced into “protective custody” shortly after Pearl Harbor. Citizen 13660, Okubo’s graphic memoir of life in relocation centers in California and Utah, illuminates this experience with poignant illustrations and witty, candid text. The cover featured here is the 8×8 inch cloth artist edition of the book; another paperback edition of the book can be found here.

China Watcher: Confessions of a Peking Tom
By Richard Baum
New in paperback
This audacious and illuminating memoir by Richard Baum, a senior China scholar and sometime policy advisor, reflects on forty years of learning about and interacting with the People’s Republic of China, from the height of Maoism during the author’s UC Berkeley student days in the volatile 1960s through globalization. Anecdotes from Baum’s professional life illustrate the alternately peculiar, frustrating, fascinating, and risky activity of China watching—the process by which outsiders gather and decipher official and unofficial information to figure out what’s really going on behind China’s veil of political secrecy and propaganda.