The American Studies Association annual meeting takes place in Toronto, Canada this week and we’re looking forward to another exciting conference. We hope you can join us for a book signing with author Deborah Elizabeth Whaley for Black Women in Sequence: Re-inking Comics, Graphic Novels, and Anime. Editor in Chief Larin McLaughlin and Senior Acquisitions Editor Ranjit Arab will be representing the Press—be sure to stop by booth #404 to say hello and to check out our latest American studies offerings.

Here is a sampling of new and recent titles we will be featuring at the conference as well as the book signing details.

This groundbreaking study of Black women’s participation in comic art includes interviews with artists and writers and suggests that the treatment of the Black female subject in sequential art says much about the place of people of African descent in national ideology in the United States and abroad.

Enduring Conviction: Fred Korematsu and His Quest for Justice
By Lorraine K. Bannai

Bannai brings an insider’s knowledge to the famous legal case of Fred Korematsu, a man interned by the government under Executive Order 9066, whose conviction was ultimately overturned by the Supreme Court.

The first full critical study of Northwest-born novelist and critic Robert Cantwell, best known for his novel The Land of Plenty, who found himself at the center of the radical literary and cultural politics of 1930s New York.

The Rising Tide of Color: Race, State Violence, and Radical Movements across the Pacific
New in Paperback
Edited by Moon-Ho Jung

Featuring a wide range of scholars specializing in American history and ethnic studies, this powerful collection of essays highlights historical moments and movements on the Pacific Coast and across the Pacific to reveal a different story of race and politics. 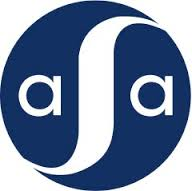 Later this month we’re heading to Santa Fe, New Mexico for the annual meeting of the Native American Art Studies Association (NAASA) from September 30-October 3. If you are attending the conference, come by our booth in the exhibit hall to browse our new titles and to meet Senior Acquisitions Editor Regan Huff.

Take a look at our new Native American studies and Art and Art History subject brochures. Even if you can’t attend the meeting, you can take advantage of our 30% conference discount on all Native Studies titles! Just order online or call 1-800-537-5487 and use promo code WST1601.

END_OF_DOCUMENT_TOKEN_TO_BE_REPLACED

Several members of the University of Washington Press staff will attend the annual meeting of the Native American and Indigenous Studies Association (NAISA) in Austin, Texas later this week. If you’re attending the conference, come by booth 214 in the exhibit hall to browse our new titles and to meet Senior Acquisitions Editor Ranjit Arab, our new Editor in Chief Larin McLaughlin, and Publicity Manager Natasha Varner.

Take a look at this preview of some of the books we’ll be displaying at the conference or view our new Native American studies subject brochure. Even if you can’t attend the meeting, you can take advantage of our 30% conference discount on all Native Studies titles! Just order online or call 1-800-537-5487 and use code WST1410 (offer expires June 30).

Be sure to catch the screening of the fully restored Edward Curtis film, In the Land of the Head Hunters (1914) on Friday morning at 10 a.m. in Salon K on the 6th floor of the Hilton Austin. The film, made in collaboration with the Kwakwaka’wakw people of British Columbia, was the first ever to feature an all Indigenous cast. Read more about the film and the accompanying book project below. END_OF_DOCUMENT_TOKEN_TO_BE_REPLACED